The “King of Fashion” was born in 1879 in Paris with the mission of modernising women´s archaic and constricting fashion that characterized La Belle Époque. Paul Poiret started his working life as an apprentice of umbrella maker, but soon discovered his real vocation was designing; he secretly used the leftovers of fabrics to produce doll´s dresses and even managed to sell some of his sketches to a local dressmaker, he was only a teenager then.

After a few years or practicing and perfecting his skills, Poiret started to sell his designs to large couture houses in Paris. The first designer he worked for was Jacques Doucet, but his modernist approach to fashion with bright colors, fun and exotic prints and Japanese twist soon raised attention of more potential clients. Early after, he began working for the famous and prestigious House of Worth. 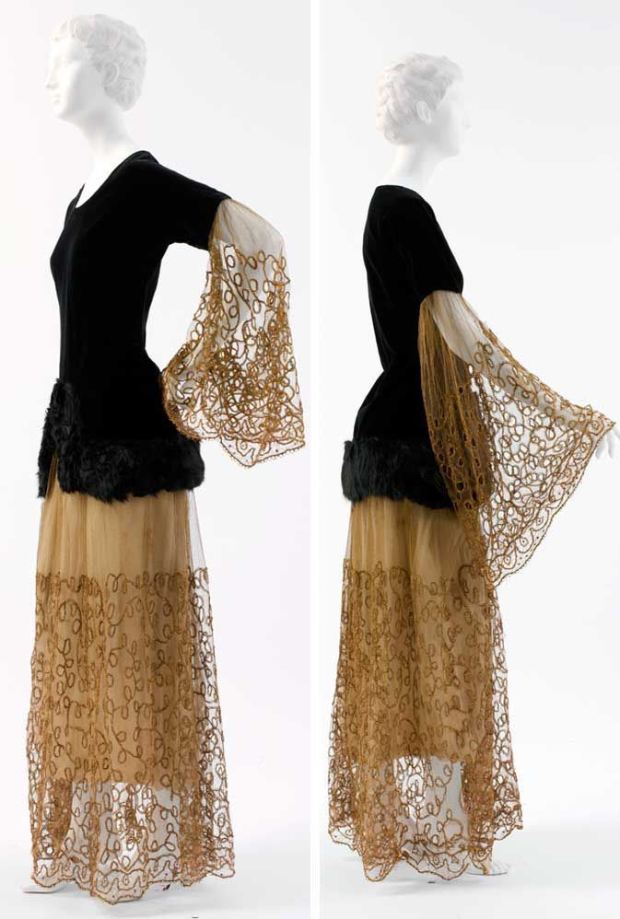 1903 was the year when Poiret inaugurated his very first and own fashion house, that year was also remarkable for the immediate and huge success his kimono coat received by the public. Poiret´s unstoppable desire of change and renovation prompted an eagerness of breaking the boundaries of design and expanding his brand into fashion related areas; he launched his own furniture and perfume. With this idea, he became the forerunner of a marketing concept that today´s most important fashion brands such as Gucci, Chanel and Prada are practicing; releasing all kind of objects and goods to expand their control over the market.

Poiret not only was famous for his extravagant and dynamic designs, but also for the flamboyant and excessive themed parties he held to show off his creations. Orientalism and exoticism were key elements in Poiret´s designs, his garments presented Arabian, Persian and Japanese influences while liberating the woman´s body and inviting her to be more daring and fearless in the way she dressed. It is not necessary to point out that the change from La Belle Époque ´s restricting fashion characterized by corsets and tailoring to Poiret´s short skirts, loose tunics and kimonos, high-waisted, draped and color blocked garments wasn´t a quick and immediate change for women to accept, it took time and the promotion and support of well-established big fashion houses of the moment.

Poiret´s imagination and talent also flourished in the accessories parameter. He designed turbants, coolie-style hats, parasols and jewelled slippers to go with his oriental and exotic clothes. He was also the one who created the cloche hat, an accessory now symbolic of the Twenties, as well as the fur-trimmed coats.

Poiret´s transgressive designs remained on the hot spot until World War One. After the war new designers such as Coco Chanel entered the scene offering more high quality clothes with new approaches and innovations; his designs became officially outdated.

Poiret died in 1944 being remembered by not so many. However, he will always be in our mind for being the first modern designer who motivated a change in fashion history as well as stimulating many art movements such as Cubism and Expressionism.